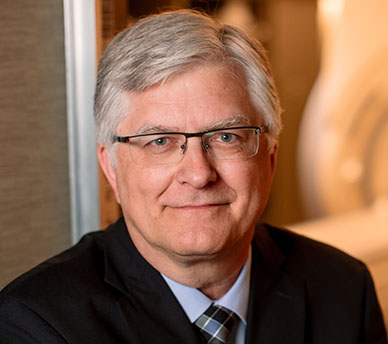 Richard Ehman, M.D., diagnostic radiologist and professor of radiology in the Center for Advanced Imaging Research at Mayo Clinic, is internationally recognized for his contributions to the clinical practice and research. His primary work has been pioneering inventions within MRI technology, and his inventions have influenced almost every MRI exam performed today.

Join us on Wednesday, January 13 at 5 pm ET, as Dr. Ehman shares his innovation journey and lessons learned.

This event is open to members, Mayo Clinic employees, and all friends of the Exchange. Register in advance to attend via Zoom.

Richard Ehman, M.D., is professor of radiology at Mayo Clinic and an Emeritus member of the Mayo Clinic Board of Trustees. Dr. Ehman is known for contributions in clinical practice, education, research, and leadership. His research program is focused on developing new imaging technologies.

He holds more than 80 patents worldwide and many of the inventions are widely used in medical care. He is the founder and CEO of Resoundant, a Mayo Clinic-owned company, providing magnetic resonance elastography (MRE) technology to patients at more than 1,400 locations around the world.

MRE is an imaging tool that quantitatively depicts the mechanical properties of tissue in the body, measuring changes in tissue stiffness occurring in conditions like fibrosis and cancer.